50 minutes
"Ilaw ng Kahapon" is the second Holy Monday episode of the 2014 edition of the annual drama anthology Eat Bulaga's Lenten Special. It succeeds the episode "Karugtong ng Puso" in the Monday lineup. The episode aired on 14 April 2014 with a total runtime of 50 minutes.

Each year, the anthology replaces the noontime show's regular programming in observance of the solemnity of Holy Week. Standalone episodes of short dramas are shown from Holy Monday to Holy Wednesday, with each episode having different characters, story, and director. A total of six episodes were produced and released for the 2014 edition.[1]

Directed by Jun Lana, "Ilaw ng Kahapon" tells the story of a daughter who is haunted by a violent past in the hands of her abusive father. With her father dead, she begins the search for her missing mother in hopes of experiencing the love and happiness that she has been longing for since she was a child.[2]

Emily (Julia Clarete) is an orphan who is haunted by a violent past in the hands of her abusive father. With her father dead, she begins the search for her long-lost mother who abandoned their family years ago. However, her sister Melba (Gladys Reyes) discourages her from spending too much time to look for a person who doesn't want to be found. After three months, her search efforts remain without any luck.

While keeping herself busy with her sister's food cart business, Emily meets Dante (Dennis Trillo), an amateur musician who shares her interest in listening to customized CDs. Despite her terrible past, Emily learns to love again with Dante's help as they get married and build a family with two children.

Unfortunately, Dante unexpectedly dies in his sleep which causes Emily to sink into a deep depression. Emily blames God for depriving her of love and happiness that she has been longing for since she was a child. She becomes cold and distant even to her children.

Meanwhile, Emily's long-lost mother Salome (Perla Bautista) suddenly appears at her front door. Instead of feeling happiness, Emily slaps her mother's face for abandoning her with an abusive father. In an emotional confrontation, Salome expresses her regret of not returning immediately to save her, and wishes to become part of her life again. The mother and daughter reconcile in the end.

Emily celebrates her birthday surrounded with love from her sister, mother, children, and friends. At this point, she has completely moved on from her dark past and is ready to face the present with her loved ones.

The following video includes the two Holy Monday episodes. The first half of the video features the "Karugtong ng Puso" episode. The second half features the "Ilaw ng Kahapon" episode, which begins at 1:02:10. 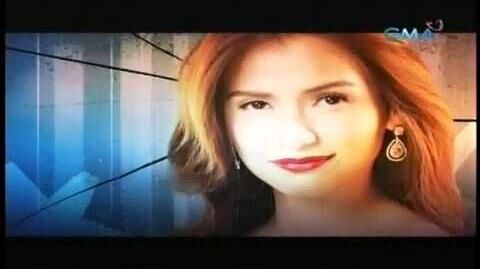 Retrieved from "https://eatbulaga.fandom.com/wiki/Ilaw_ng_Kahapon?oldid=34613"
Community content is available under CC-BY-SA unless otherwise noted.