Impact of the COVID-19 pandemic on Eat Bulaga!

The COVID-19 pandemic has shut down or delayed production of television programs across the world. In the Philippines, Eat Bulaga! became the first television program to take major action related to the coronavirus when it suspended the admission of a live audience to APT Studios on 9 March 2020. Both ABS-CBN and GMA Network subsequently announced similar suspensions for their live television shows.

As a result of the temporary closure of its studio doors, Eat Bulaga! slightly modified the format of its segments by making online and home viewers more involved. Barangay appearances were later halted when the government announced an imminent enhanced community quarantine (ECQ) on Metro Manila to combat the continued spread of the disease.

On 14 March 2020, ABS-CBN and GMA Network announced that they will suspend production of their network-produced drama and live entertainment shows the following day to comply with the enhanced community quarantine. GMA Network advised its blocktimers and co-producers such as Eat Bulaga! and Wowowin to also follow the community quarantine guidelines by shutting down their live production.

Beginning on 16 March 2020, replays of old Eat Bulaga! episodes were shown on its noontime timeslot. The re-airing of past episodes lasted for almost three months.

On 8 June 2020, Eat Bulaga! finally restarted its live telecast as quarantine measures were eased nationwide. However, APT Studios remains closed to its studio audience due to the continuous threat of the coronavirus.

On 4 August 2020, the government reverted Metro Manila and neighboring provinces to modified enhanced community quarantine (MECQ). The reimposition of the stricter quarantine measures forced Eat Bulaga! to suspend its live production once again.

At least seven staff members of Eat Bulaga! have tested positive for COVID-19. Hosts Allan K and Wally Bayola were hospitalized but eventually recovered from the disease. None of the staff members was infected by the virus while working inside the studio.

Closure of APT Studios to the public

On 9 March 2020, Eat Bulaga! took early action by suspending the admission of a live studio audience at APT Studios, becoming the first Philippine television program to do so. In an official statement released on its social media accounts, the temporary closure to the public was meant to "help prevent the spread of the virus and to ensure the health and safety of its talent, staff, crew, and members of its audience". The decision was made after the first COVID-19 cases in Cainta, Rizal—the location of APT Studios—were confirmed.[1]

The show went on-air beginning with an announcement from the hosts regarding the decision to close the studio. Banners were also posted in front of APT Studios to inform its closure to the public.

While there was no audience in the studio, the other hosts were still allowed to visit barangays for their segments Barangay Olympics 2020 and #Coca-Cola: Gawin Mong Moment.

On 13 March 2020, Eat Bulaga! halted all of its barangay appearances in response to the government's announcement of a community quarantine which would heavily restrict domestic land travel to and from Metro Manila. As a result, Barangay Olympics 2020 was converted into a studio segment under a new title Bulagaan Olympics 2020. Celebrities and their friends were invited to compete in the game instead. Meanwhile, Coca-Cola: #GawinMongMoment became a home viewer portion.

On 14 March 2020, Eat Bulaga! aired its last live show. At the end of the program, Vic Sotto reminded viewers to practice social distancing and other preventive measures against the coronavirus and expressed that the noontime show will return.

After the episode, Eat Bulaga! halted its whole live production in order to comply with the government's enhanced community quarantine (ECQ). All of the segments in its lineup were indefinitely suspended. Beginning on 16 March 2020, replays of Eat Bulaga!'s old segments and other iconic presentations were shown on its noontime timeslot.

The COVID-19 pandemic also impeded the cast from producing new episodes for the annual Eat Bulaga's Lenten Special for the 2020 Holy Week. Episodes from the 2019 edition were aired instead.

On March 27, 2021, the Philippine government once again placed Metro Manila and the surrounding provinces known as the NCR+ bubble under the strict enhanced community quarantine (ECQ) from March 29 to April 4, 2021, and extended from that day until April 11, 2021. This is amid rising COVID-19 cases again overwhelming the healthcare sector, As a result, Eat Bulaga! aired replay episodes for March 29 to 31, and again from April 8 to 10, 2021.


Resumption of live telecast after ECQ

On 7 June 2020, Eat Bulaga! released a teaser video announcing the return of Eat Bulaga! live on television. The video showed APT Studio being thoroughly disinfected for the return of its staff. After 85 days of being shut down, Eat Bulaga! finally went live on 8 June 2020. The decision to resume the live telecast was made by the management after the government eased quarantine measures nationwide.

After Vic Sotto officially announcing the return of the show, the hosts performed an opening production in the studio and in their homes, while maintaining physical distancing and wearing masks. Although not verbally emphasized, hosts who are senior citizens and kids are joining from their homes via Zoom to comply with the government's guidelines that seniors aged 60 and above and youths aged below 21 years old must stay at home.[2]

Despite the return of its live production, APT Studios remained closed to the public due to the continuous threat of COVID-19. Barangay segments also remain suspended.


Celebration of the show's 41st anniversary

Eat Bulaga! celebrated its 41st anniversary on 30 July 2020. With the COVID-19 pandemic still raging, only a small number of hosts—Jose Manalo, Wally Bayola, Paolo Ballesteros, Maine Mendoza, and Allan K—celebrated the anniversary in the studio with a simple production number. The other co-hosts joined the opening number by dancing at home via video call. Former co-hosts Sherilyn Reyes-Tan, Julia Clarete, Isabelle Daza, and Gladys Guevarra also appeared in the opening performance as they danced along with the other Dabarkads.

Tito Sotto, Vic Sotto, and Joey de Leon blew out a candle numbered '1' on top of a birthday cake, signifying Eat Bulaga!'s first celebration of its anniversary during the "new normal". The hosts offered a one-minute prayer for the world to overcome and recover from the COVID-19 pandemic.

Eat Bulaga! also announced the return of its EBest scholarship program. This time, scholarship grants will be given to final-year medical students who will become future frontliners. The first recipient—Joeffrey S. Mambucon of San Fernando, Bukidnon—better known as "Doc Otit", was awarded during the Bawal Judgmental segment of the anniversary episode after Eat Bulaga! was inspired by his achievement as the first Tigwahanon Manobo doctor of medicine.[3]

On 4 August 2020, the Philippine government placed Metro Manila and the surrounding provinces under modified enhanced community quarantine (MECQ) amid rising COVID-19 infections overwhelming the country's healthcare system. As a result of the reimplementation of the stricter quarantine measures, Eat Bulaga! halted its live appearances in the studio and re-opted to play old episodes of Bawal Judgmental! instead. Selected hosts appeared live via Zoom video conference to open up the show and its segments.[4]

On April 11, 2021, the Philippine government once again placed the NCR+ bubble into the modified enhanced community quarantine (MECQ) from April 12 to 30, 2021. Thus, Eat Bulaga! continued to replay episodes from that day onward.


Resumption of live telecast after MECQ

On 18 August 2020, Metro Manila and the surrounding provinces reverted to the less restrictive general community quarantine (GCQ) after the 14-day reimposition of the strict MECQ. A day later, Eat Bulaga! resumed its live telecast with fresh episodes of Bawal Judgmental!. Jose Manalo, Wally Bayola, and Maine Mendoza returned to the studio on its first day of live broadcast.[5]


Celebration of the show's 42nd anniversary

The 42nd anniversary celebration of Eat Bulaga! marked the surprise homecoming and reunion of original hosts Tito Sotto, Vic Sotto, and Joey de Leon to APT Studios after 500 days of home quarantine due to the COVID-19 pandemic. The trio were joined by Paolo Ballesteros, Maine Mendoza, Ryan Agoncillo, and Pauleen Luna in the studio. The rest of the co-hosts appeared virtually in the opening and closing productions of the program. All of the hosts, except Baste Granfon, appeared in the special anniversary episode on 30 July 2021.

Bawal Judgmental was not played during the anniversary show. Instead, a special presentation was shown with Shy Singer and the three grand finalists of Bida Voice performing an emotional rendition of the 1981 song "Through the Years" by Kenny Rogers. Clips of the trio during their time on Eat Bulaga! were displayed during the performance.

Prior to the COVID-19 crisis, Eat Bulaga! already announced several new segments that it was planning to premiere in 2020. However, the fate of the segments remains unknown due to the uncertainties brought about by the pandemic.

On 11 August 2020, longtime co-host Anjo Yllana resigned from Eat Bulaga! after being selected to co-host a new noontime show, Happy Time, produced on NET25. He announced his resignation in an online post on Facebook and thanked the noontime show after co-hosting it for 21 years. Anjo cited the management's decision to put him and and other co-hosts on standby without pay until a vaccine for COVID-19 is developed as the reason of his departure from Eat Bulaga!.[6]


Staff who tested positive for COVID-19

At least seven Eat Bulaga! staff members are known to have tested positive for COVID-19, as revealed by a December 12 special episode of Bawal Judgmental!.

Longtime host Wally Bayola became a non-believer of COVID-19 and stopped wearing masks after being influenced by misinformation on social media. After testing positive for COVID-19, he was hospitalized after his oxygen levels dropped down to normal levels.

Another host who tested positive and was hospitalized due to COVID-19 is Allan K. The comedian was never intubated, but his case was severe and required him to be confined to a Pasig hospital's intensive care unit (ICU) for three days and nights.

On 19 March 2020, Maine Mendoza launched her own online fund drive called "DoNation Drive" for daily wage earners whose livelihoods were affected by the community quarantine in Metro Manila. For every household that she can help, she promises to give them ₱1,000 for their groceries and other essentials.

Vic Sotto launched the Kabuhayan ni Juan project during his Facebook Live birthday livestream on 28 April 2020. As part of the project, Eat Bulaga! made DVD copies of its Eat Bulaga! Silver Special available to the public for purchase. Revenue from the sales was used to help small businesses who were affected by the long-running community quarantine. They later reintroduced the Kalyeserye and Aleng Maliit bobblehead dolls whose sales revenue was also be used to fund the project.


Replayed episodes during the ECQ and MECQ shutdown

Because the COVID-19 pandemic halted live production, Eat Bulaga! opted to re-air past episodes of some of its iconic segments during the shutdown. As one of its most popular segments at the time before the shutdown, Bawal Judgmental! was replayed every day in order to maintain the interest of the viewers for the segment. Throughout May 2020, Kalyeserye re-aired its first few episodes leading up to the historic "Sa Tamang Panahon" due to popular demand by the fans of AlDub. A variety of other old segments and iconic presentations were also shown to fill the show's noontime timeslot alongside the regularly replayed Bawal Judgmental! and Kalyeserye. 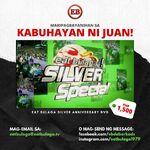 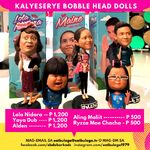 Wally as a Ninja Turtle

Community content is available under CC-BY-SA unless otherwise noted.
Advertisement