Keri Mo Tr3s?! is a one-day challenge segment for three groups of celebrity players who will compete in two rounds of challenging stunts.

The groups are divided based on their gender: the all-female Babe, the all-male Pre, and the all-gay Teh. The first round involves an obstacle course that the group must complete. The second round is a challenge that involves transferring frogs, eels, or cockroaches from one container to another. The group with the most points wins.

Keri Mo Tr3s?! is one of the two spin-offs from the segment Keri Mo Teh?!.

The group with the highest number of cumulative points wins the game. 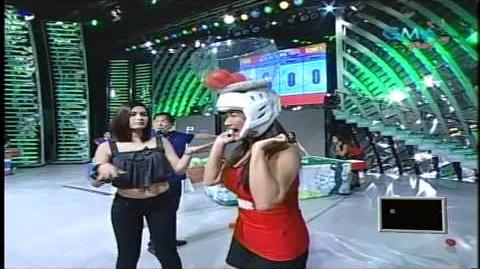 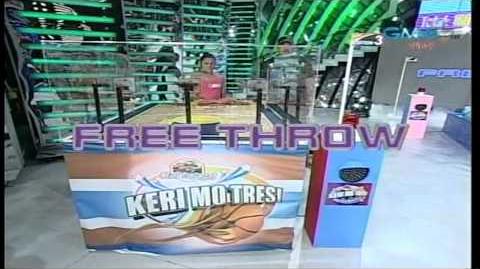 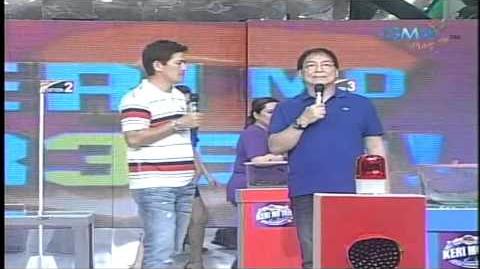 Keri Mo Tr3s?! Part 3
Add a photo to this gallery
Retrieved from "https://eatbulaga.fandom.com/wiki/Keri_Mo_Tr3s%3F!?oldid=9755"
Community content is available under CC-BY-SA unless otherwise noted.